the journal
GONAREZHOU: TRUE WILDERNESS & SOLITUDE IN ONE OF AFRICA’S LAST GREAT PLACES
by 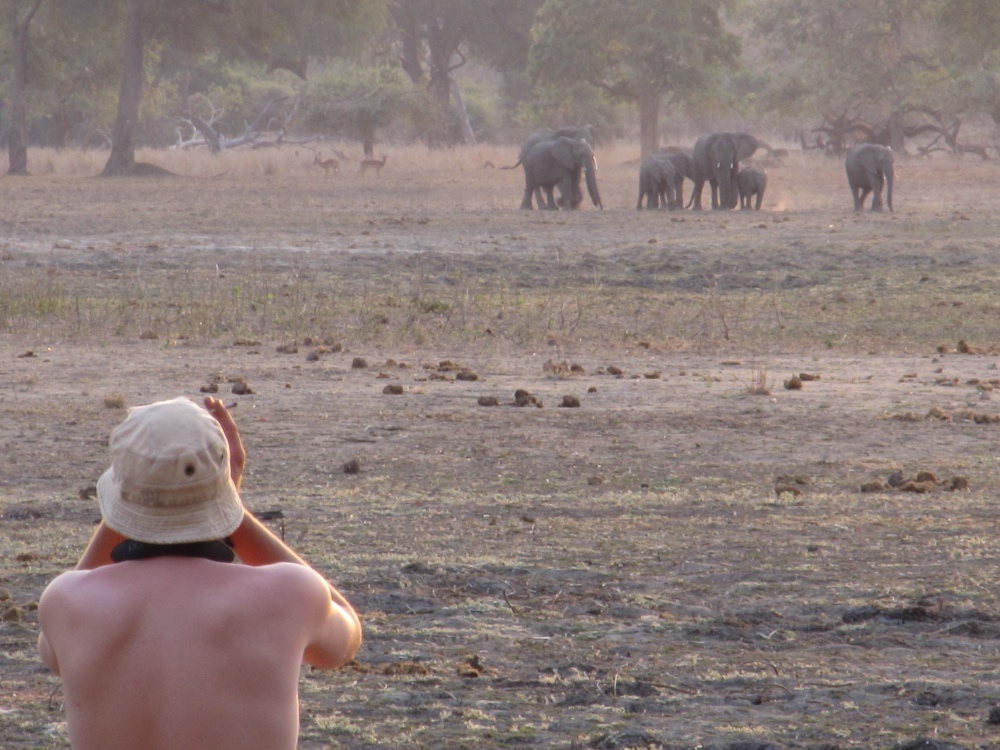 A Google search of Gonarezhou comes up with two immediate themes, both a little intimidating.

“Gonarezhou is one of the wildest parks in Africa and the elephants are to be avoided!!”

This is exactly what we were looking for, and off we went.

Brett’s 2015 trip to Gonarezhou National Park revealed the true majesty of wild Africa, and it is a trip he has never forgotten. This blog, written when he returned at the time, has been unpublished on the website until now, but here it is along with candid snapshots of the journey, making for some great reading and destination research for the adventurers out there!

Overall verdict: if Gonarezhou is not on your travel bucket list, you’re missing out. Add it, book it, tick it off!

Situated in the south-eastern corner of Zimbabwe and bordering South Africa and Mozambique, this national park will hopefully one day be fully incorporated into the Great Limpopo Transfrontier Park straddling the borders of these three countries. (Ed’s note: it now is!)

The park’s wildlife has been severely impacted by both the Rhodesian war and the Mozambique civil war, but today there is hope as wildlife populations slowly recover and infrastructure and governance slowly return. Or do they?

For the three of us – Dave Steyn, Marianda and myself – it was all about the adventure. Somewhere unexplored, untouched and untamed. We wanted to see birds and animals, take loads of photos, try and catch a few fish and contemplate life around the fire at night.

It was a success in all these departments, and much more. Gonarezhou blew us away and we had the time of our lives. Loads of elephants, none of whom wanted to flatten us, amazing 4×4 driving in our little red Landie. Phenomenal birding and photographic opportunities. It was a real blast in one of the last true wilderness areas on this continent and on this planet.

Having to be fully self-sufficient, we headed off fully loaded: 60 litres of water for washing and cooking; 30 litres of drinking water; a few tools; camera equipment; fishing rods; tents and four cases of beer. This was not nearly enough!

But we were definitely well prepared and fortunately our trip went extremely smoothly. The biggest problem along the way was drinking hot beer in very hot conditions. We tried several natural ways of cooling beers, none of which were successful. After 48 hours of drinking hot beer we started eating more out of the Engel freezer and making space to cool beers and tonic (for the malaria of course). But the Engel could only be plugged in while we were driving otherwise we’d have a dead battery. Other essential items included headlamps (not exactly sure what the early adventurers did without the old hands-free kit), and what would we have done without the iPod! Then there were the fishing rods…

After Marianda had landed a 4,5kg tiger earlier on the trip on Lake Malilangwe, we were now in the fishing zone. We bought fishing permits at the entrance gate for $5 a day and specifically booked Mutandanjiva as our first campsite, as you can fish there. We spent some beautiful hours fishing on the Runde River. For me, it is truly special to fish along a wild river in a national park where I felt no one had fished the banks we were moving along. Dave was definitely the fisherman of Gonarezhou and one morning came back with a fishing pole and 6 bream attached. It was an impressive sight.

The baitfish (for the tigers later) were attached to a raincoat bag with two beers, which were trying to cool down in the river, and all were tied to the bank. Needless to say a few hours later only a tethered piece of rope was left. We never saw the very happy crocodile or one of those giant Runde River terrapins. But whoever it was got free beer and bream!

An amazing afternoon was spent catching tigers, sipping on cold gin and tonics (with a slice of lemon) and watching the sun set over the river. Later that night we again ventured west from our camp along the river to take star trail photos using a mighty baobab as the foreground.

This national park is most certainly one of Africa’s’ last true wildernesses. We passed one other vehicle during our five nights in the park – a couple from Durban, South Africa. This is something you just don’t get on this planet anymore. True isolation and solitude. It is a privilege. Something we really appreciated.

The allure of “Gonaz”, as the Zimbos call it, certainly lies in the feeling that we had the entire 500 000 hectares to ourselves. The roads are overgrown and we would often lose the road, having to jump out of the Landie and try and find the two-track again. But the park still holds phenomenal wildlife treasures.

The diversity of vegetation, forests of baobabs suddenly changing into a forest of llala palm, which then becomes thick, riverine forest. It is a birding paradise both because of the range of habitats as well as its position within southern Africa.

My avian highlights: red-throated twinspot along the Save River – a surprise for us. We saw a few pairs and had some great views of these extremely beautiful little birds. Getting bigger, we saw an African skimmer perched on a sandbank, which was a bonus, and the pair of Verreaux’s eagles perched on the pinnacle at Chilojo Cliffs was amazing. No take-off shots unfortunately!

Then there were the spinetails! Guided to a spot by Mark Homman who had worked in the area a few years back, we eventually found the mighty baobab we were looking for, on the south-eastern corner of Tambahata Pan. It was hollow. So we sat back and watched the sun sinking towards the horizon. Zebra, hippo, warthog, impala and eland all grazed on the lush grass around the pan and herds of elephant were dust bathing in the orange glow of sunset. Then appeared these birds I had thought to be mythical. Mottled spinetails. Exactly like a little bat, they circled the baobab for about ten minutes, all the while chattering away before suddenly plunging into the depths of this mighty tree for the night.

I also got great views of Böhms spinetail the next morning, and the constant presence of my favourite birds: white-fronted bee-eaters, three different nightjars calling together at night. It really is a birding paradise. One of those places where there just seem to be more birds around than usual. The dawn chorus was almost deafening, but the greatest way to start a day in real Africa.

We headed back towards Chilojo Cliffs for the last two nights. I had been worried that this spot would be overrated, but the cliffs, the views, and probably the most beautiful campsite I have ever stayed in seriously blew me away. The views from the top and bottom are equally as spectacular, the early morning and late afternoon light on the sandstone cliffs, creating amazing warm orange and red colours. Plus, the quintessential photo I had seen in books of the elephants drinking below the cliffs – it is real and a scene to witness in real life. The elephants appear out of the barren, dry, very dusty mopane veld in order to quench their thirst. Doing this so regularly and in large numbers, the trails are worn into the dry ground and lined by balls of dung, from decades gone past.

Gonarezhou National Park ranks very highly on my list, for true wilderness and solitude in one of Africa’s last great places. It offers the adventurer a real journey, great 4×4 driving, tiger fishing, baobabs, excellent birding, and lots of mammals. This is paradise for those who are brave enough.

In the words of my friend Dave Steyn: “No watches, no worries. No razors, no responsibilities.”

Add this to Gonaz and you’ve got a recipe for a once-in-a-lifetime adventure.