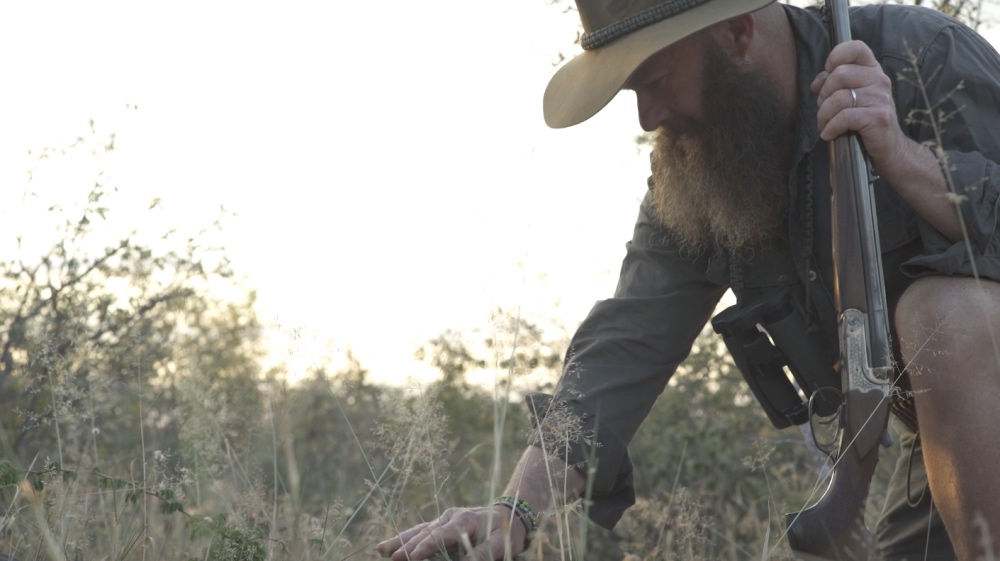 Bruce Lawson has defined the meaning and value of true wilderness for the many, many people who have had the opportunity to walk with him, be guided by him, and learn from him in the bush. His enthusiasm for the natural world, and to totally submerge himself and others in it, is not a passion; it is a belief. Brett met Bruce in 2005 when he was trained under Bruce and mentored by him, forming a steadfast relationship that has led to countless unforgettable experiences on safari. Bruce Lawson has a long list of accolades and achievements, including 17000 hours (and counting) spent on trail, walking 12 000 km, unassisted, from Cape to Cairo, and all after being told by doctors he would never walk again after a car accident in early childhood.

This is the third of five instalments in our People of the Wilderness video series, which features some of the people who have inspired and influenced Brett Horley Safaris in many different ways. In this edition, Brett chats to Bruce about what he interprets as a way of life. Sitting around Sharon Haussmann’s campfire with a handful of close friends and lovers of the bush, Bruce talked about the importance of every person having a wilderness experience once in their lives, taking the giant leap from everything man-made into the wilderness.

Bruce, born and bred in the Lowveld, has been in the industry of guiding since 1992, and over almost 30 years has inspired and influenced so many through his innate passion. Today, Bruce leads safari trails expeditions, which are entirely immersive, raw, walking and camping excursions in big game wilderness areas in South Africa. These trails are carry-all, multi-night safari experiences which take guests out into game reserves to walk among the wildlife, learn about the ecosystems, birds, sleep under the stars, and most importantly, connect with themselves.

For eight years, Bruce was a Director of Field Guides Association of Southern Africa (FGASA), and was a guide trainer and assessor for Level III field guides training for Specialised Knowledge and Skills (SKS) qualifications in both dangerous game encounters and birding. He wrote the FGASA syllabus for birding, and has in his career seen over 800 bird species in Southern Africa. Recently, Bruce logged his 17 000th hour on trail, and of the 48 000 km he has walked, 35 000 km have been on trail in the wilderness. He has had over 4500 meaningful encounters with the Big Five and has guided in many of Africa’s top Big Five game reserves. Bruce earned a place in the Guinness World Book of Records and was named Captain Morgan Adventurer of the Year when he completed a 12 000 km walk from Cape to Cairo, unsupported by vehicle. This enormous achievement adds to Bruce’s long list of accolades, which also includes being a Parabat for the South African National Defence Force.

Everything Bruce has achieved is enormously inspiring, especially considering it was believed he would never be able to walk again after a serious car accident he was in as a child. It has been and always will be a pleasure to know Bruce, work with him, and sit around a campfire talking about the beauty of our natural world. Watch our video featuring this true legend of the wilderness as he opens up to Brett about what his world is all about.