the journal
WHITE LIONS AND LIFE-CHANGING DECISIONS – MATTHEW FRANKLIN
by 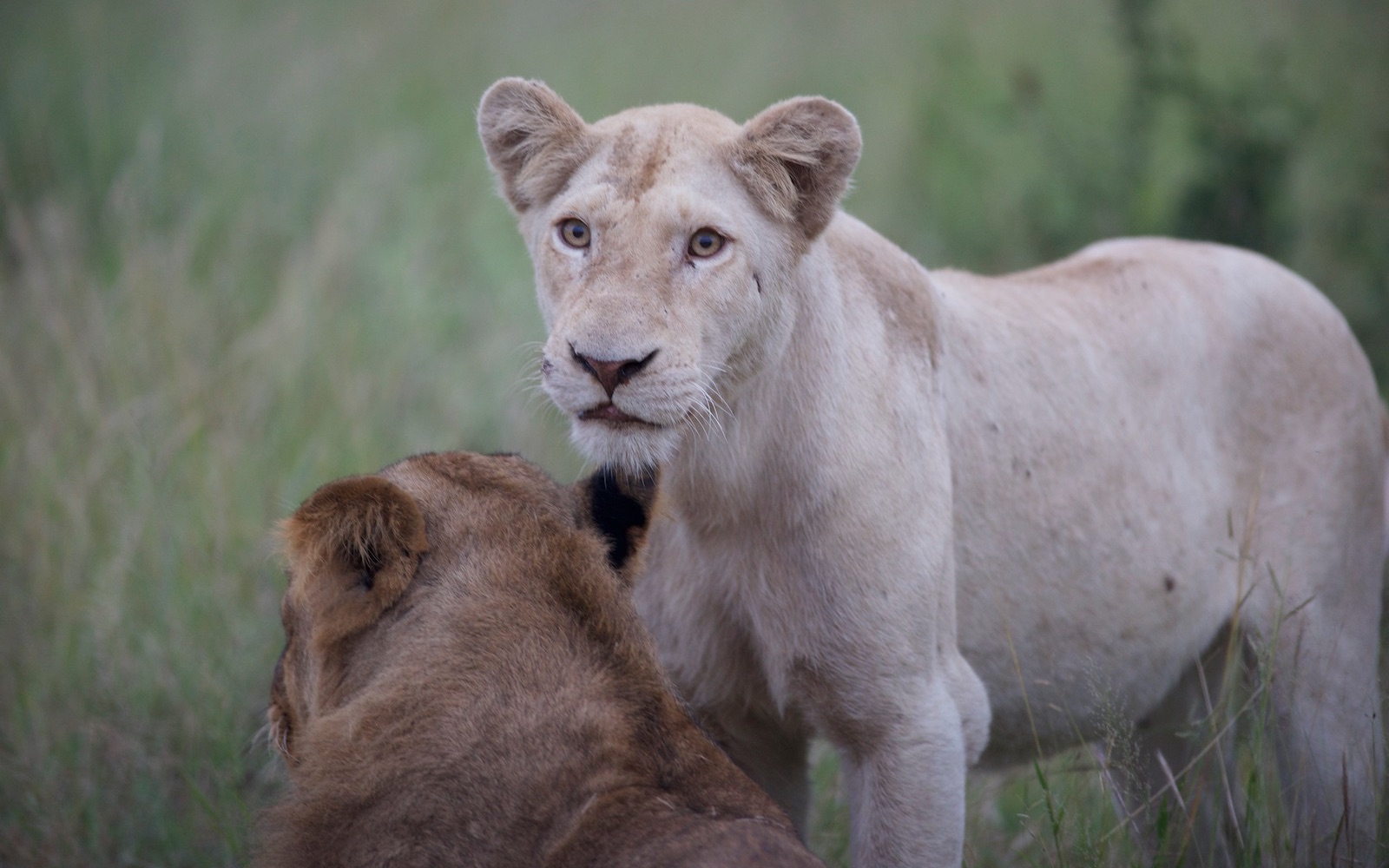 Part two of Matt’s story-telling from the archives as he dives back into his history with Brett Horley Safaris. This time, it’s 2016 and Matt was in for the experience of a lifetime – seeing white lions in the wild. The sightings he encountered this time round had such an impact, he committed them in ink on his skin. What’s more is Matt decided this was what he wanted to do for the rest of his life…

My third time in South Africa and it was time to go big! I went to visit Brett at Walkers River Camp with a massive group made up of family and friends. I managed to convince my father to join again along with my sister, Rebecca, my cousin’s husband; Tony Pritchard, family friends Gary Lisney and David Blackmore, and my friends Katharina Dorn, Josh Grahame, Jack Branscombe, and Will Owens.

Here, we introduced the group to an incredible experience of bushwalking with Duncan and Brett who make an absolute dream team. We had the most amazing encounter within minutes of arriving at the camp. We dropped our bags in our rooms and got on the game viewer as quickly as possible and headed off to a fresh buffalo kill to see a pride of lions. It was amazing to see them and watch them as the sun got low and started to set. It was the first-time seeing lions this close and this relaxed, so it was an incredible experience for me.

The incredible sighting of white lions in the wild, Timbavati 2016.

We returned many times over the following few days to see more animals around the kill site and we were blessed with the ultimate sighting in the Timbavati: there were two white lionesses at the kill. We couldn’t believe how incredible they looked and how beautiful they were. Without Brett’s expertise in the area, we would have never known this was a possibility. It must be one of the best encounters I have ever had in Africa.

Video footage of the incredible encounter watching a white lion feeding in the wild.

When on walk with Duncan and Brett, we came across two big male lions standing under a tree defending a buffalo calf kill they took down during the night. The feeling of standing so close to these top predators was incredible, feeling their growls going through your chest and just feeling the power and the energy coming from them is a feeling I will never forget. It is by far the best sighting I have had to date, and to remember it I got a tattoo depicting the encounter.

But it wasn’t over once we left the lions, as soon as they were relaxed with us and we had stayed long enough that they were comfortable, we moved off and bumped a 50-strong buffalo herd heading towards us in the direction of the river. Brett and Duncan acted quickly to extract us from the area, and we were perfectly safe and sound relaxing in the shade after this epic sighting.

Another one of my favourite memories from this trip is when we heard lions were on a kill quite close to camp. By this time, it was dark, but we got into our Cruiser and headed out to see these magnificent beasts. On the way there, we saw some movement in the bushes in front of us and suddenly, a honey badger popped out and stopped and stared at us. It was the first ever time seeing a honey badger, so it was a great start to the evening. We moved off from the honey badger to try and catch these lions.

As we approached the sighting, we heard a commotion. Not only were there seven lions at the kill but there was a very vocal spotted hyena calling as loud as he could for his clan, as he called and called one young male lion became increasingly agitated by the hyena and ran at it. Every time the lion ran, the hyena ran. They were not charges to kill or attack the hyena – the lion just wanted them to leave. Over time, the lion became bored with the hyenas that were harassing him and he left the carcass. At that point the hyenas descended and had their fill.

It was unforgettable. It was after all of this that I decided I want to do this for the rest of my life as a career.