the journal
5 REASONS TO LOVE GONAREZHOU NATIONAL PARK
by 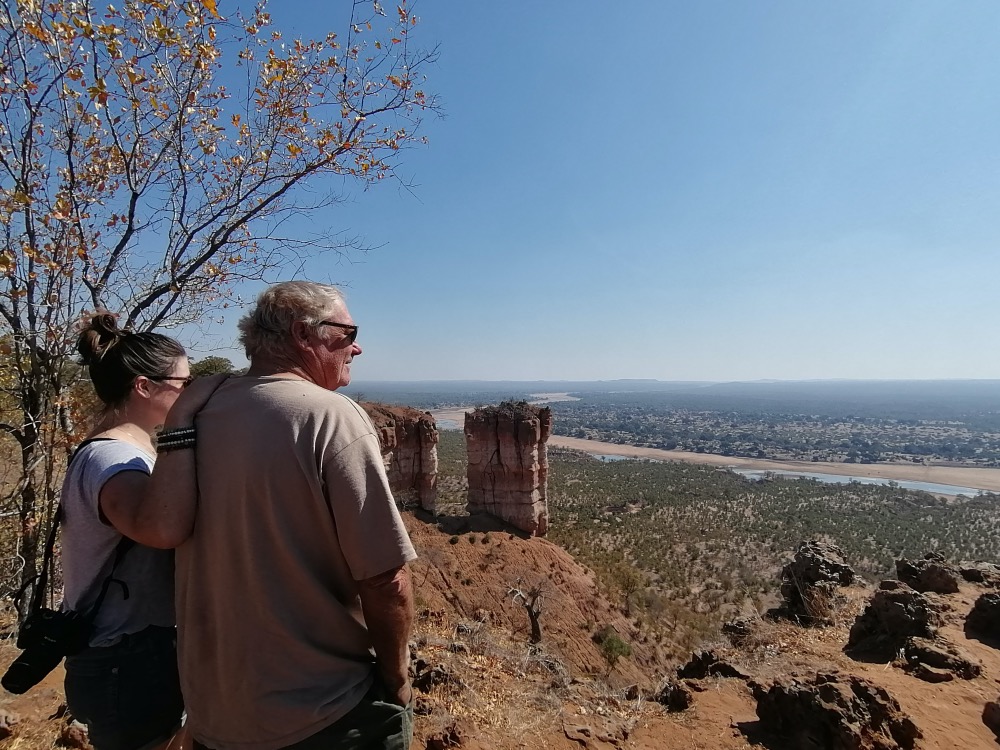 This isn’t the first time we’ve gushed over Gonarezhou National Park and it definitely won’t be the last. We love this Zimbabwean national park, and we’ve got five good reasons to back ourselves up! You might have read Brett’s account of his self-drive Gonarezhou excursion in 2015 (if not, check that out here), and now we’re sharing some more “Gonaz” appreciation. Last year, Chloë set off for the first time to this revered piece of wilderness and was bowled over by the majesty of it. This is why she loved it, summarised into “top 5” reasons…

We visited northern Gonarezhou, which is where the two great rivers (the Runde and the Save) run their course through the wilderness. These rivers are wide and winding with vast, sandy floodplains that stretch far out, creating beautiful open spaces alongside the narrow waterway. The rivers are the primary water source for animals in the north of the park, so they have to cross these big open plains to get to the water, giving us perfect game viewing opportunities.

We can’t talk about Gonarezhou without mentioning Chilojo Cliffs. They are just sublime, definitely not overrated, and entirely awe-inspiring. Rising up alongside the Runde River, these layered terracotta-coloured cliff faces dwarf everything from the elephants to the baobab trees. Red sandstone cliffs that reveal thousands of years of erosion, they stand about 200 metres tall and roam along the Runde for about 13 kilometres. These are without a doubt the defining monument of the park and they can be viewed from the opposite bank or you can take a drive to the top and look down on the park in all its glory. Do both.

The giant rivers, the giant cliffs, and the giant baobabs. Everything about Gonarezhou feels mammoth, you’ll see. The baobab trees are a prominent feature on the vegetation landscape. They are located along the riverbanks, on the sloping hills of the Chilojo Cliffs, and around the magnificent pans. These enormous aeons-old trees are famous in the park, and a lot of them are protected by certain efforts by researchers and conservationists. You’ll find some particularly vulnerable baobabs encircled by jagged rocks or branches or their trunks wrapped in wire mesh in an attempt to stop the elephants from destroying them.

Truly, I have never seen so excited to arrive at a campsite in my life. We had driven down an exclusive access road to a spot along the banks of the Runde River with Chilojo Cliffs rising up next to us. There were a couple of bushes encircling a clearing, which was where we pitched our tents and there was a single, cylindrical structure discreetly tucked into the bush where our long-drop was located. Hlaro was our first campsite and we arrived (accidentally) by full moonlight after mis-judging how long it would take us to get there! But, the full moon lit up not only our campsite, but the huge presence of the cliffs next to us and the river in front of us. It was magic.

The three campsites we visited were Hlaro, Chamuluvati, and Chipinda Pools and each one was wonderful in its own way. Hlaro and Chamuluvati are exclusive, so you don’t share your spot with another group. The privacy is unbeatable and the locations are so perfectly chosen. Some campsites allow fishing, while others have the most spectacular views. At Chamuluvati, we were located nearer the confluence of the Runde and Save Rivers and away from the cliffs, but we overlooked a broad stretch of shallow, ankle-deep, clear water that was just perfect for cooling off in. No crocs or hippos or even fish in sight in such shallow water, but we thoroughly enjoyed watching game come to drink and being able to dip our toes in on hot afternoons.

Chipinda Pools is a built-up campsite near the northern entrance gate of the park, and while we didn’t have as high expectations for this one (because we knew we would be sharing our space and ablutions with other campers), we couldn’t have been more impressed. This “developed” campsite has beautiful, shady sites far enough away from neighbours to enjoy your own privacy, and the added comforts of a flushing toilet, wash basin, and shower did not go amiss! The sites here also each have a thatched “boma” area with a table, ideal for food prep, and a tap, which was hugely convenient and useful. So, even the developed campsites at Gonarezhou are a but above the rest!

The lack of tourist traffic in Gonarezhou is one of its most appealing features. It is wild and rugged and you are bound to feel completely reset and reinvigorated after being alone in such a magnificent piece of wilderness. During our 4-night (WAY too short) stay, we probably saw one other car a day. We managed to pass and actually greet people only twice, and the other two “human sightings” were from a distance. The value of this is immeasurable.

There is one safari lodge, that gives international luxury-seeking visitors a place to experience the beauty, but other than that, it is self-drive paradise. The majority of Zimbabwe’s popular safari attractions are located in the far north of the country, so Gonarezhou doesn’t fit ideally into the circuit, leaving it blissfully private for those who make the effort to go there.

REASON NUMBER 4: THE SOUNDS AT NIGHT

I have spent time camping in the wildlife areas of South Africa, Botswana, Namibia, Zambia, and Zimbabwe, and have not ever heard lions like I did in Gonarezhou. Not only were the apex predators incredibly vocal at night, but the elephants trumpeted and grumbled nonstop and the early hours of the morning were characterised by the deep hooting of the southern ground hornbill. The first morning we rose at Hlaro campsite and watched the enormous face of the Chilojo Cliffs glow in the sunrise, but I had been awake for hours before that listening to iconic sound of those hornbills. It has stuck with me for good.

Our second and third nights were spent at Chamuluvati (personal favourite) and there was a herd of elephants feeding cautiously around our campsite when we got there. As the light started to fade we could no longer see them, but we could hear the herd grumbling to one another and in the distance, we could hear other herds communicating loudly. They could easily have been expressing their irritation at some lions, because we knew there was no shortage of those in the park!

A lone lion actually walked right passed our campsite, crossing through the beam of our flashlight as we were shining to see how close the elephants were to our camp. It was a total surprise to see the cat, and it was obvious he was not sticking around. He slunk off quickly without paying us much attention at all. Soon after that sighting, we heard the unmistakable call of two big male lions, rising in decibels with each roar. One came from the east and another followed from the west and the longer it went on, the closer the lions grew to us until we just didn’t hear them anymore and were left to wonder where they had moved to.

I don’t think I’ve read or heard a single review of Gonarezhou National Park that has not mentioned its giant residents, the elephants. Our great, big, ambling friends have built a reputation for themselves in this corner of Zimbabwe, and it isn’t entirely comforting! The elephants here have been through a lot, from years of war to decades of poaching, that obliterated their population and scarred the individuals who were left. It’s an unhappy reality, but it is comforting to know that these days Gonarezhou is a protected wilderness and its animal residents are being left to live wild and free.

The older elephants – those who have supposedly lived through the trauma of war and poaching – have not forgotten their strife, and they don’t seem to have forgiven either! Maybe this is an unfair statement to make, but we did encounter one bull elephant who, despite being given a lot of space and respect, was not prepared to tolerate our presence! One terrifying charge later, we were very wary of every elephant we encountered, but to be fair, not a single other elephant gave us any hassles. So, perhaps he was just a grumpier old soul than most.

There is something marvellous about seeing these incredible animals at home in Gonarezhou. They are so small in comparison to the massive cliffs. They look like insects marching towards the water across the huge floodplains of the Runde, but when you get close enough, there’s no mistaking their size! Elephants truly due characterise the animal landscape of this national park.

This untamed place is one of our most treasured destinations. It is close to our heart and we believe in experiencing true wilderness areas for profound impact. It is full of soul, it is mesmerising, and so few people know about its beauty. Get in touch with us to find out how best to navigate this national park and how to be prepared.

Gonaz is guaranteed to leave an impression on you too!